STELLAH STL : MY JOURNEY IN MUSIC
By Admin: 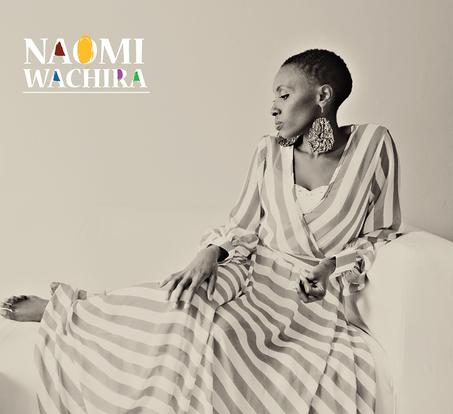 There’s no doubt that there’s a better future in store for Naomi, especially after her great breakout year in 2013. Named the Best Folk Singer in Seattle by alt publication Seattle Weekly and featured on their cover, Naomi became the toast of the town, which in turn led to a friendship with the much-loved indie songwriter Damien Jurado, who came onboard to produce this album. Other key collaborators that Naomi brought in, renowned Seattle bassist Evan Flory-Barnes, cellist Natalie Hall (Macklemore), drummer Darren Reynolds (Patrick & The Locomotive), and Latin percussionist Lalo Bello, all brought their own ideas to the accompaniment, guided by Jurado’s desire to keep the music as vibrantly alive as possible. The result is Naomi Wachira’s debut full-length, a portrait of a Kenyan artist at home in the Pacific Northwestern United States.
When you listen to Naomi’s songs, you’ll hear the lifelong influence of two powerful, groundbreaking female songwriters: Miriam Makeba and Tracy Chapman. Makeba became one of the biggest stars on the continent through her socially aware songwriting, something she shared closely with American songwriter Tracy Chapman. Chapman was a voice for social change as well, but Naomi loved her positive idealism, a concept that informs all the songs on Naomi’s album. Makeba’s also a personal icon for Naomi, who cites “the way she carried herself, her grace and character,” as influencers. “She was able to maintain her integrity as an African. She didn’t need to change who she was to fit with Western audiences.” That’s why you won’t hear any stereotypical African music on Naomi’s debut. She’s making music inspired both by the music she discovered in America and the music she grew up with in Kenya, not a Western conception of how African music should sound.
The daughter of a Kijabe pastor, Naomi joined the traveling family band at five years old, spreading the good word through gospel song. This explains the beautiful harmonies on her album, for as she says “In my family everyone sang and everyone knew their part. Harmony was second nature for us.” Larger African concepts also play a part in Naomi’s music, like the Zulu idea of Ubuntu. This concept means “I am because we are,” and it’s a community-based worldview that focuses on caring for each other.
This is why the songs on Naomi’s debut album sound so alive. They’re plucked from her own life, powered by her Northwest musical community, and imbued with her own sense of hopefulness.

KAMARU AT THATCHED HOUSE IN PICTURES

A group of Kikuyu music fans joined the music Legend Joseph Kamaru who depsite his old age entertained the crowd with his popular hits like
Mûhiki wa Mikosi, .He was performing at Thatched House Pubs Ripple road, Barking

A place you can call your local joint- Kenyan Music, Kenyan Food what else can you ask for- We met with a music legend Joseph Kamaru who played his popular Kikuyu hits. .
Kenyan Events
Last Saturday (27th June 2015) we witnessed the largest Kenyan event of its kind (#faceofkenyauk) an all inclusive event where all Kenyans from different tribes were represented. H'E Lazarus Amayo, the Kenya High Commissioner and the Deputy High Commissioner Amb Jacline Yonga,Rtd Major David Karau were the guests at the occassion which was sponsored by Kings Pride Properties and Diaspora Homes Expo who are Currently in USA after a successful UK trip. FACE OF KENYA UK is a platform that promotes Cultural Dipomacy, Branding of Kenya and Kenyan Products, Promotes Community Cohesion, Youth Mentoring and Giving back to our country through Charity Initiatives . For video click here

All rights reserved. All images can be downloaded for social a share as long as the bear the watermark. Cropping off the watermark is prohibited in all circumstances unless the image is purchased. 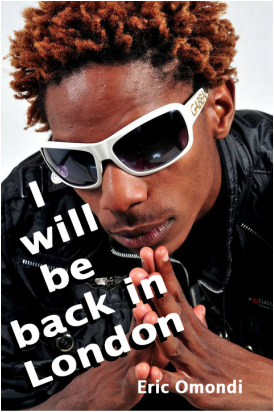 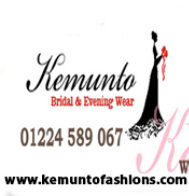 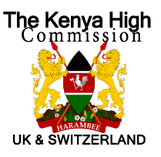 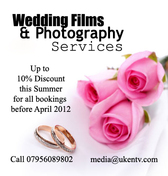 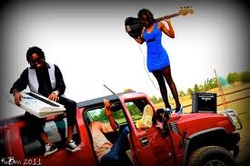 Kenya’s hip hop group – Camp Mulla – lost out to a tie of Nigeria's musician Wiz Kid and Ghana’s Sarkodie at the BET awards.
They had been nominated for Best International Act-Africa in the Black Entertainment Television (BET) 2012 Awards.
The Nigerian pop star Wiz Kid and Ghanaian hip-hop sensation Sarkodie also beat South Africa’s Lira, Mali’s Mokobe and Nigeria’s Ice Prince and Wiz Kid, who were all nominated in the same category to emerge the cream of the continent.
This is the second time for two African musicians to get a tie in this category after Nigerian stars D'Banj and 2Face Idibia got a tie last year.

Meanwhile, American rappers Jay Z and Kanye West emerged as the biggest winners in the awards after winning the Video of the Year award in the song ‘Ótis’ and also the Best Group for their collaboration on the "Watch The Throne" album.

May 2012, Sarakaray announced her arrival on the Kenyan fashion industry with release of her debut collection; Earth, Air, Fire, Water. Held at the Hilton Hotel, the event was befitting her grand entrance into the industry from the set-up, to the organization, to the attendance and most of all the collection itself.

The young fashion designer, who is also a student at the United States International University (USIU) awed the guest with her unique blending of earth with mother nature’s destructive elements. This she managed to bring out with the careful selection of colours that included grey and a mixture of animal print with black and then with brown.

Sarah also included men’s wear in the collection, though a comprehensive men’s line will be launched later.

For more photos on this designer click here...more photos

SPIRIT OF AFRIKA - ENJOYING AFRICA WITHIN! 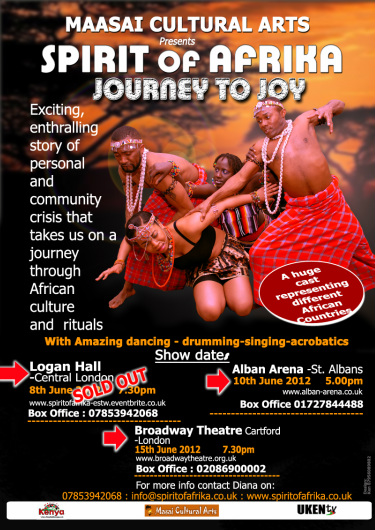 ‘The Spirit of Afrika’ is an exciting and innovative new musical that captures the true diversity of the continent. A Journey of Joy to Africa in London West end.

The theatrical , comical  and musical acts is array of UK- based African dance performance groups, including Kenyan, Senegal, Ivory coast, Zimbabwean, Guinea, Ethiopian, Mali, Ghanaian, Ugandan, Nigerian and South African Zulu dance troupes, have joined forces for a one - of - kind production, which is set to captivate audiences up and down the United Kingdom.

Using the themes of community and crisis, the performance will showcase the best of African culture. The enthralling epic storyline sees East meet West, as all of Africa prays for rain after the villagers of Bamba commit atrocities and the Gods punish them by bringing drought to the entire African regions. Instead of acknowledging their mistakes and seeking forgiveness they get an evil, wicked seer who lies that the sacrifice should be the virgin Amani, because she is different; schooled abroad and born an outcast.

We have seen Lion King and Umoja, both high quality African productions, but Spirit of Afrika is rich in diversity,  Powerful singing, dancing and drumming which create a truly spectacular musical experience , therefore, audiences are sure to take ‘The spirit of Afrika’ straight to their hearts. This is a family Friendly show, so brings your children to enjoy Africa within.

The unique show has been put together by a collabortaion of different talents.
Artistic Director/Choreographer Uche Micheal , Directed under the guidance of Kathy Gregory and expertly produced by Diana Midila , A Kenyan of the Masai Cultural Arts.
By Janet Wainaina-  @ukentv
CLICK FOR SHOW DATES-JUNE 2012..
©ukentv ltd 2019 www.ukentv.com UK-KENYA MEDIA NETWORK