ODINGA - IS HE BEING SEXIST 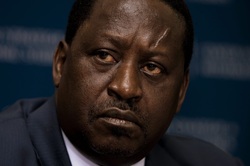 Prime Minister Raila Odinga has disowned the nomination of Amina Masoud to head the National Police Service Commission
In a statement, Mr Odinga said he was not consulted by President Kibaki as required by law before Ms Masoud and five other NPSC members were picked by the Head of State.

“This is to inform the general public that the nominations Announced today by the office of the president for the chair and members of the national Police Service Commission have been made without consultations with the Prime Minister,” said the PM in a statement signed by an aide Caroli Omondi Thursday.

Mr Odinga is in Brussels, Belgium on official duty.

On Thursday, President Kibaki nominated Ms Masoud as chairman of the commission that shall vet, hire, fire, discipline and transfer police officers.

But in a rejoinder, Mr Odinga termed the nominations "unconstitutional and therefore null and void as such".

Under the law, Parliament is required to consider the names within 21 days and approve or reject them. The House will request for new nominees in the event of the latter.

Speaker Kenneth Marende directed Thursday that the names be forwarded to the parliamentary committee on Administration and National Security for consideration together with accompanying CVs.

Ms Masoud was among a list of three names that was forwarded to President Kibaki and Mr Odinga by the panel that was mandated to set up the team that will spearhead police reforms in the country.

The others were Johnstone Kavuludi, a former civil servant, and Murshid Mohamed. 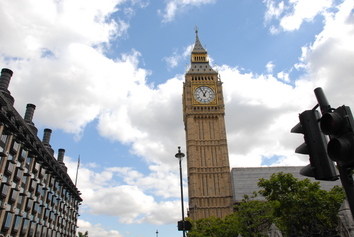 Britain was on Thursday accused in Parliament of seeking to have President Kibaki indicted over the 2007/8 post-election violence.
MP Charles Kilonzo also accused the United Kingdom of propping up Prime Minister Raila Odinga and pushing for the detention of Deputy Prime Minister Uhuru Kenyatta and Eldoret North MP William Ruto at the International Criminal Court.

A spokesman for the British High Commission, Mr John Bradshaw, described the allegations as preposterous.

“We don’t even bother to comment on it. We have strong respect for Kenya and our good relationship with the Kenya Government will continue,” he said.

“We do not recognise the document discussed in the Kenyan parliament today (Thursday),” he added. MPs demanded an immediate severing of relations with Kenya’s former colonial ruler.

They accused Britain of gross interference in Kenya’s affairs. Mr Kilonzo said the document indicated that the British Government preferred Mr Odinga to be the next president so that he could facilitate the handing over of President Kibaki to the ICC.

The document also indicated that the UK wants Mr Kenyatta and Mr Ruto arrested for allegedly threatening the security of the country through their so-called “prayer rallies” .

Ikolomani MP Boni Khalwale, citing Article 35 on the right to information, said the document had also cast “aspersions” on the House Speaker, saying he had indicated to the British High Commissioner the possibility of a December election in case the two suspects were detained at the Hague.
Source  DailyNation

Others were Court of Appeal judge Kihara Kariuki and businessman Duncan Ndegwa.
Mr Karume's family sources said his health deteriorated last December and he was treated in India and later admitted briefly to the Aga Khan University Hospital. 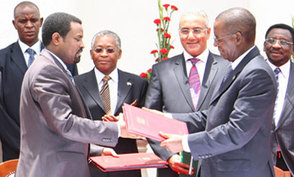 Villagers fear the port may ruin idyllic beaches that draw Hollywood stars to the nearby island of Lamu year after year. But Kenya hopes the port will make the country a regional telecommunications and transportation hub.  Kiir said the port will be a terminal for an alternative oil pipeline through Kenya, freeing South Sudan from its dependence on the infrastructure of Sudan, its former ruler in the north. South Sudan seceded from Sudan in July.

Kiir thanked Kenya for signing a memorandum of understanding to allow the new country to construct an oil pipeline from South Sudan’s capital of Juba to the port.

He said the port is strategically and economically important for the region. Construction will be done in phases and will cost Kenya about $24.5 billion, according to Kenyan government estimates.

The port is part of a wider project to improve infrastructure in the region. It is designed to include a highway, a railway line and a petroleum pipeline crossing over three countries. Kiir said the improved transport links and pipeline could create a backbone for South Sudan’s infrastructure and allow his country to end its reliance on oil.

“The port of Lamu project will create economic opportunities and employment. It will make goods and services more abundant and affordable in our markets,” Kiir said.

South Sudan’s current lack of infrastructure means the cost of goods, such as sugar and maize, is higher there than in any other countries in the region.

A lobby group called Save Lamu has objected to the construction, saying not enough has been done to study the impact of the port on the environment and the nearby island of Lamu, listed by UNESCO as a World Heritage Site. The group said in a statement Thursday that the communities in Lamu have not been consulted and land ownership was not being respected by the government.

“We are greatly concerned that the lack of transparency, secrecy and poor accountability in the way the project being implemented,” said Abubakar Al-Amudy, the chairman of Save Lamu.

Al-Amudy warned that the project may collapse if the lack of accountability persists.

Kenyan president Mwai Kibaki said the government is aware of the concerns raised by the people of Lamu, especially with regard to land, environment, cultural heritage and fishing grounds.

“The rights of the people of Lamu, like the rights of all other Kenyans, are enshrined in the Constitution and are, therefore, inalienable. I have instructed the relevant government ministries and agencies to move with speed and ensure that these concerns are addressed as soon as possible,” Kibaki said.

Copyright 2012 The Associated Press. All rights reserved. This material may not be published, broadcast, rewritten or redistributed.

Nairobi - Kenyan police are hunting for a British woman who has been using the identity of the widow of one of the suicide bombers who attacked London's transport system, an official said on Thursday.Police suspect that she is fund raising for a terrorist group, said the official who spoke on condition of anonymity because he was not authorised to release the information.
The suspect has been using a number of identities, including those of Samantha Lewthwaite and Natalie Faye Webb, the official said.

Lewthwaite is the widow of Jermaine Lindsay, one of the suicide bombers who killed 52 commuters in multiple bombings of London's transport system on July 7 2005. British newspapers report that Faye Webb is the victim of identity theft. story from: www.news24.com 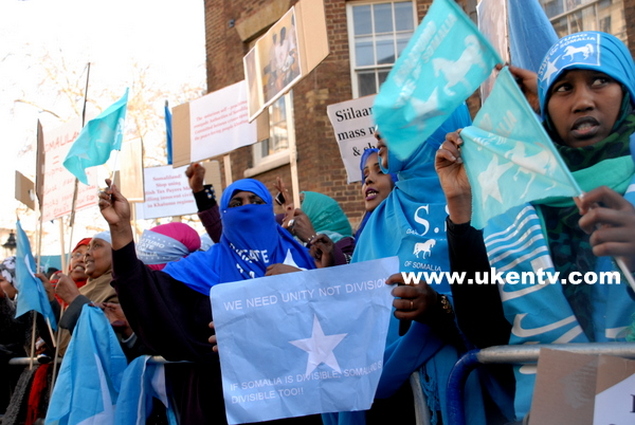 Hundreds and thousands Somalian men and women poured on the streets of London calling for peace and unity in Somalia Photo by Ken
THURSDAY 23rd Feb 2011
World leaders have pledged support  for political and military measures to fight Islamist militants in
Somalia,  after a conference in London.
The meeting, attended by senior figures including Hillary Clinton, agreed a
seven-point plan vowing more aid, and help fighting terrorism and piracy.
The UK's David Cameron, hosting the meeting, said it was vital to build astable and prosperous Somalia.
Two decades of civil war has wrecked the country.
Al-Shabab militants, who recently joined with al-Qaeda, control large swathes of territory.
The country has been without a functioning central government since 1991.
The current transitional government has direct control only in the capital Mogadishu.
Mr Cameron said setting up an inclusive government was vital to the country's
future, and must work alongside military action taken by the African Union (AU). 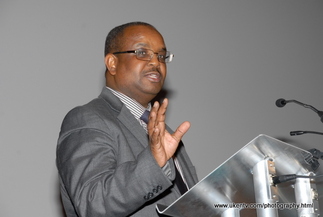 Mr Julius Kaberere speaking at the forum on Saturday
The Kenya Dispora Investment Forum  2012 that was held over the weekend  was a great  success where majority of Kenyans living in the diapora had a good chance  to express the problems they face while trying to invest back in Kenya.  Unlike Kenya business Expos , the KIDF aims is to moblilize Kenyans living  abroad for greater investment in Kenya Among thepoints raised during the  discussions were,Corupt Leadership Poor Communictions ,Blood sucking  families and many more....READ MORE
©ukentv ltd 2019 www.ukentv.com UK-KENYA MEDIA NETWORK